Walking with a purpose is …

Sauntering while seeking the shortest course to the sea.

After crossing the barrier-gate of Shirakawa on their journey north, Basho and Sora entered the Tōhoku region (東北地方) of northern Japan. They were headed to the scenic pine covered Matsushima islands. But first they would arrive in Tōhoku’s largest city, Sendai. They reached Sendai on May the fourth. This was seasonally significant as May the fifth marked the first day of summer on the Japanese lunar calendar.

Basho had so far covered over 200 miles by foot and his sandals were well worn.

In Sendai, Basho attempted to make the acquaintance of a fellow poet, Michikaze Oyodo, who like Basho traveled a lot and was, at the time living in Sendai. Michikaze was gone. Fortune smiled and Basho was taken on a sightseeing tour of the area by a wood block artist Basho identifies as Kaemon.

“Crossing the Natori River, I entered Sendai on May the fourth, the day when the Japanese customarily throw iris leaves on the roof and pray for good health. Finding an inn, I decided to stay in Sendai for several days. In this city there was a painter by the name of Kaemon, and I made special efforts to meet him for he was reputed to be truly artistic. He took me to various places which I might have missed but for his help. First we went to the plain of Miyagino, where new fields of bush-clover would blossom in autumn. The hills of Tamada, Yokono, and Tsutsuji-ga-oka were covered in blooming white rhododendrons. Then we went into the dark pine woods called Konoshita where sunbeams could not penetrate. This, the darkest spot on the earth, has been the subject of many poems because of its dewiness – for example, one poet says that his lord when entering needs an umbrella to protect him from dew drops.”

Eventually, the time came for us to say good-bye. And Kaemon gave me his own drawings of Matsushima and Shiogama, as well as two pairs of straw sandals with laces dyed the deep blue of the iris. This last gift clearly testifies to the true artistic nature of this man.

Ah, are they Iris that blossom

The lunar calendar of 1689 does not match today’s Gregorian calendar of 2021, but it does not seem to be off by much. The iris flowers that graced my yard in early May has fallen, reclaimed by the compost pile.

This is a second look at Basho’s iris haiku, previously posted June 2, 2020.

An in depth look at Basho’s haiku can be found at WKD.

Basho begins his haiku with the Japanese character あ, A which means Hey! or Ah! (getting someone’s attention or expressing surprise.) But the surprise is that あやめ, Ayame becomes the Iris. Again Basho uses another interjection, ん, (“nn” sound) before the final question, which is too convey the English idea of “hmmm”.

Kaemon’s identity is revealed in Sora’s Diary. English theories about Kaemon’s name and profession are inconsistent. Terebess, Notes on station 18. Reliable Japanese authorities identify him as Kitanoya Kaemon, a wood block printer and owner of a bookstore. He was a student of the haiku poet Michikaze Oyodo who was then living in Sendai. 仙台, Japanese source. Oyodo Michikaze (大淀 三千風), like Basho, was a prolific haiku writer. In 1682, he published a book called, Matsushima Viewbook, extolling the beauty of the islands.

The cricket cried, then stopped to rest

Outside my window, the night rain lets me know …

Basho like in its subject matter and concise descriptions, but this poem was actually written by the Chinese Tang poet, Bai Juyi. In fact it mirrors the well known haiku by Basho about the ancient pond, the frog, and the sound of water. Well, as is often said, there is nothing new, just how we say it.

Bai Juyi was a poet of the Tang dynasty. His poems are influenced by his deeply held Buddhist beliefs. These beliefs hold that insight comes from meditation and intuitive thought. Thus, the pitter-patter of the night rain on a banana leaf becomes speech. Unintelligible speech to the untuned human ear, “Banana Speak” to those who know.

For an explanation and good story on how Bai Juyi’s poem was falsely attributed to Matsuo Basho, see MISATTRIBUTED TO BASHŌ: BAI JUYI’S “EVENING RAIN”. Okay, so Dave calls it Evening Rain instead of Night Rain. He’s smart and I’m right, and once he looks at translations for the alliterative 夜 雨, Yè yǔ he’ll agree. Indeed, 夜 is not only night but night long, as in something occurring during the night. Moreover, in line one, one might argue that our crying cricket has not simply rested, but also gone to bed, which is the literal meaning of 歇, xie. In line two, the sensorily sensitive Bai Juyi makes it clear that all light has gone, evening is done, night has begun. And now it is clear. Clear being the Chinese character 明, which may mean bright or brilliant, but in this case “clear”.

How Dào! which incidentally rhymes. 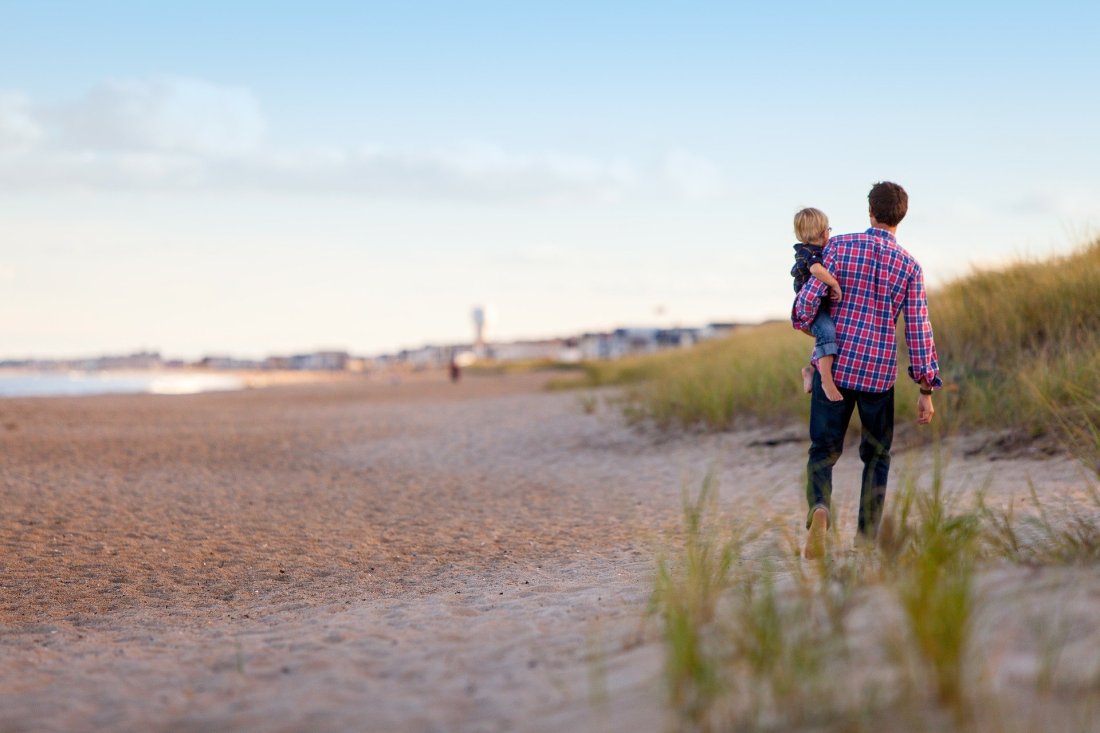 Quoting Matsuo Basho in his Narrow Road to the Deep North (Oku no hosomichi, 奥の細道).

Early on the morning of March the twenty-seventh I took to the road. Darkness lingered in the sky. The moon was still visible, though gradually thinning away. Mount Fuji’s faint shadow and the cherry blossoms of Ueno and Yanaka bid me a last farewell. My friends had gathered the night before, coming with me on the boat to keep me company for the first few miles. When we got off the boat at Senju, however, the thought of a journey of three thousand miles suddenly seized my heart, and neither the houses of the town nor the faces of my friends could be seen except as a tearful vision in my eyes.

With this verse to commemorate my departure, I began my journey, but lingering thoughts made my steps heavy. Watching friends standing side by side, waving good-bye as long as they could see my back.

The wonderful thing about poetry in verse is that one can read and reread the same poem or the same verse. It is, in a sense a new beginning. It is a chance to start over, although it is on a familiar path, and even so, change directions. Maybe it is a journey into a better lifestyle, with daily exercise and healthier eating.

Spring, in verse, in poem,

And yet, it begins anew

Basho began his journey in the late spring of 1689. His wanderlust lasting over five months — 156 days and nights, to be precise.

The first leg of the journey was by boat from the Fukagawa District where Basho was then living, along the Sumida River, to Senju, today’s Adachi fish market, in the northern part of Edo (Tokyo). From there it was a short walk to the Arakawa River and the bridge that lead north.

Surrounded by the fish mongers and the birds dancing around looking for scraps to eat, Basho began his journey with tearful eyes. He was not quite alone, for Kawai Sora, his neighbor in Fukagawa, would be his companion.

tori naki uo no me

I do not claim to be original in my translations. Others have come before me. Their translations are equally good or better. Matsuo Basho’s Narrow Road to the Deep North translated by Nobuyuki Yuasa is a good source containing the entire journey and notes. The original Japanese is online. Read Yuasa’s translation in an ongoing single account. See also, Matsuo Basho – WKD Archives, @MatsuoBashoWkdArchives, a Facebook account that contains background information.

Deep in the Arbuckle Mountains

My wife and I were driving from Wichita to Dallas for a Mother’s Day Weekend with our daughter. A little more than half way, past Davis, where one enters the Arbuckle Mountains, we stopped to let the dog stretch her legs beside the clear creek. Then, as we were about to leave my wife spotted the sign saying Fried Mountain Pies at a rustic drive up cafe. A half dozen cars and a couple of men carrying brown paper bags told us all that we needed to know.

One was enough for two she said. Sharing is caring I thought. 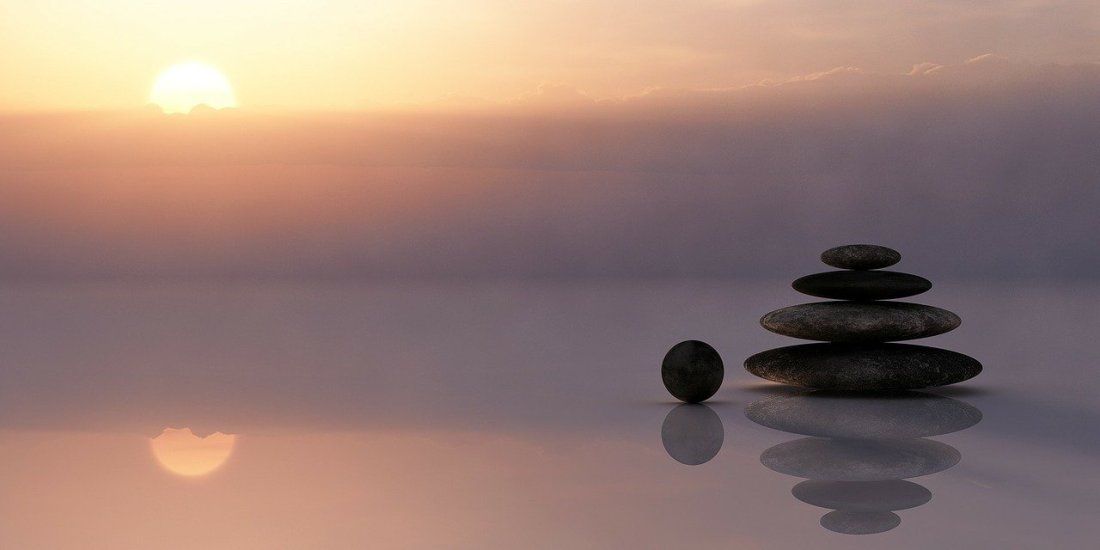 The moon to the mind

Every great poet reads and is inspired by other great poets.

Satō Norikiyo (西行法師, Saigyō, 1118-1190) was born in Kyoto to a noble family. Emulating Siddhārtha, at age 22, he quit worldly life, becoming a monk. In his three score and a dozen years, he took many long, poetic journeys to the north of Japan.

Saigo, Basho, and you, gentle reader see the same sun rise each morning.

Our body is the Bodhi-tree
And our mind a mirror bright.
Carefully we clean them hour by hour
And let no dust alight.

“Wisdom has no tree, no stand of a mirror bright. Since all is a void (everything is nothing), where can dust alight?”

Basho took a different path, “Learn about the pine tree from the pine, about bamboo from bamboo.” meaning that Nature is diverse.

Upon the Shoulders of Giants

Inspired thought comes by standing on the shoulders of others, using their insights to further ours. The image can be traced to the 12th century philosopher, Bernard of Chartres. Its most familiar English expression is”If I have seen further it is by standing on the shoulders of Giants.” Isaac Newton, 1675. The idea is however ancient, Confucius also having said similar things.

From parent to child, from teacher to student, we are inspired, we inspire.